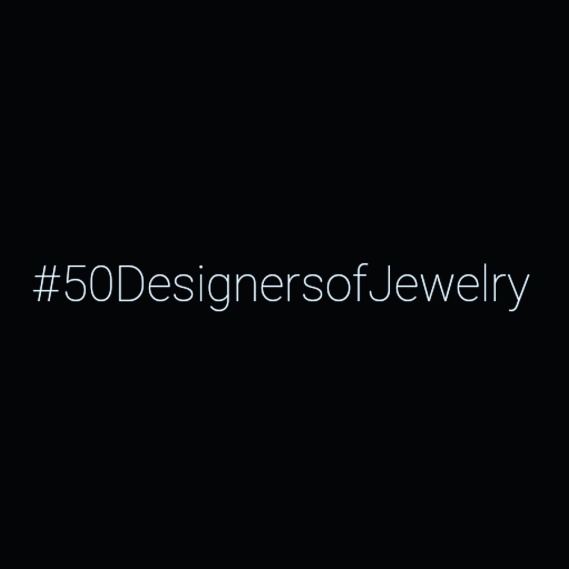 It’s been a while since I’ve done an InstaSeries, but with Jewelry Week in Vegas behind us, I felt the time couldn’t be more appropriate, so starting tomorrow, on the @adornmentality Instagram page (as well as on the Facebook page) I will highlighting one designer per day for the next fifty days. But I have a few things to say about this series and every series henceforth before this one begins.

First thing’s first, this series is based on one person’s opinion: mine. This is neither a contest nor is it an award. It’s simply an opportunity for me to give a shout out to some smaller jewelry designers who I feel need it and deserve it, mainly because they’re doing awesome things but they’re not in Big Box retailers, and not always on everyone’s lips, minds, or fingertips.

The reason (or actually, “reasons”) I have to make the disclaimer above is because I actually caught shit from folks during my last two InstaSeries’. That’s right, I caught shit for trying to highlight fifty high-ranking women in the jewelry industry who are often overlooked, and for highlighting fifty young jewelers/designers/retailers/editors who are making a difference in our industry. People are f*cking bananas, aren’t they? Let me elaborate a little on what exactly I went through:

During #FiftyWomenofJewelry I had people pressuring me to include certain women who I needed to “pay my respects” to because they were of the hierarchy and had been around a lot longer than some of the women executives I had already highlighted had been.

After #FiftyWomenofJewelry I had people upset with me for not including a woman they “would have included” or that they “felt should have been included.” I have five words for those people if they’re reading this right now: Make Your Own G*ddamned List. Just like I did, folks! Don’t like how the system works? Create your own system. WordPress isn’t expensive. Create a domain name. Buy your website. Start your own blog, and go for it.

During #50MillennialsofJewelry – and this one was the most astonishing one yet – I had a Millennial WHO WAS ON THE LIST complain that they hadn’t been highlighted as well as some of the others on the list. Jesus Ephing Christ, people. Really?

Also during #50MillennialsofJewelry, I received messages and emails from people afterward asking why they weren’t included. For serious. Can’t make this shit up. Entitled much?

And lastly, I had some folks soliciting others who they knew were friends of mine to ask me to include them on the list. That’s not cool, people. That would be like me asking my friends to nominate me for a WJA Award or a GEM Award. There are just certain things one mustn’t do. If your work is solid enough, you’ll eventually be recognized. Take it from me… it took twenty years in this industry to get a nomination for anything. It will come. Just have patience. It will come.

So, with that being said, here is my plan for this series which really was no different than my plan in any of the others: I want the underdogs/the lesser-knowns/the one-woman or one-man operations to get some attention. This series isn’t going to include the David Yurmans of the world, (BEFORE I CATCH MORE SHIT I HAVE NOTHING AGAINST DAVID YURMAN, PEOPLE) meaning, David put his time in and caught his break, but these folks, well, they’re just not there… yet. But that doesn’t mean they couldn’t be, or they won’t be, which is why I’m choosing to highlight them now.

If you’re one of these designers I’ve described and I don’t include you this time around, it’s cool, okay? I’m nobody. Really. Don’t get hurt. Don’t get offended. Just know that, for me, 50 is a number that works. There are thousands of you out there and I would love to get to you all someday. If not today, maybe tomorrow. Maybe next year. Or maybe some other bloggers will take the initiative and get to you. In the interim, keep working hard, smart, and most importantly, WORK TRUE.

Peace out, people. Peace out, and read on, and stay the course, and don’t do drugs.