Every May for the last five years I went through the motions of preparing my mind, spirit, and feet for what was usually a week or more of schmoozing retailers, cozying up to brands, and/or fighting off the occasional handsy old-timer who thought he was above the law because of his name or status in the jewelry industry. And every year I would return from said week exhausted and oftentimes broken, looking for whatever it was I needed to replenish my drive and rebuild my faith in the career decision I made more than two decades ago; a decision I still don’t regret despite its twists, turns, and occasional turmoil.

This year, however, was quite different. For this year, the closest I came to the Venetian was spending time with actual Venetians in the City of Canals in the country of my ancestors; but that doesn’t mean I didn’t hear about Vegas. I certainly heard a whole lot about Vegas, so while this may not be a “Tales from the Strip” in the traditional sense, I’ve decided to call it “Whispers from the West,” as this year seemed to be a kinder, gentler experience for many, many people.

“Give me your take on this year’s Vegas in five words or less… GO!” 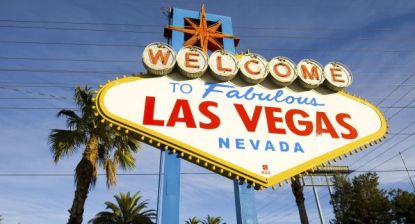 That was the text I sent out to nearly fifty folks in my contacts list, post Vegas shows, in order to get a generalized feel of how the show went for them. This group included store owners, retail salespeople, designers, wholesalers, members of the media, and PR and marketing professionals whom I’ve known for some time and who rarely, if ever, miss a Las Vegas Jewelry Week. Here is just a sampling of the responses I received:

“I did not go.” – Ben Simon, Windsor Jewelers

And yet if I had to combine all the declarations in one pot and call it a meal, I’d probably name it Forge Ahead Soup. The overall vibe I received as a non-attendee was a concoction of zeal and hope created from a base of uniformity with a dash of uncertainty thrown in. “It seemed like there was less foot traffic and fewer buyers but the buyers in attendance were focused and wrote orders,” said one attendee who didn’t wish to be named. “Low traffic/high yield” said another, and one relatively new designer I reached out to said that she had experienced her most successful trade show to date. I also had a well-known retailer come back to me with two variations that he said fit the five words or less suggestion: “no one was buying diamonds,” although there were “price points for today’s economy,” which despite his usually fearful outlook, he accepted as a positive.

Other statements made by a handful of industry veterans I spoke with had to do with the designs on display. While the artistic and often complex level of jewelry creations seems to have reached an all-time high, some retailers are concerned that their buyers aren’t ready for inventive fine jewelry that may not translate well to either their younger buyers who have smaller budgets, or to their conservative customers who may not understand the artistry/price ratio. “There are so many gorgeous designs out there right now,” said one retailer I contacted who has a store in the south, “however, I always have to ask myself… ‘is it sellable? Can my team sell this?’”

But, Las Vegas Jewelry Week isn’t just for new jewelry and gemstone buyers, manufacturers, and sellers, thanks to the focus that has been paid to watches by both the COUTURE show and JCK in the last couple of years. And while Swiss watch exports saw a slight decline (-1.1%) in May in the United States, according to a report by the Federation of the Swiss Watch Industry FH, on average, the industry has seen a worldwide increase in their numbers. This year shows a 9% growth from May of 2016. That is good news for brands and boutiques alike, and with more and more companies pulling out of Baselworld for a variety of reasons, those folks running the watch shows in Vegas may have unknowingly found themselves with an opportunity unlike any our industry has been familiar with in the past.

With all this being said, and with all that I learned and heard about the business side of Jewelry Week in Sin City this year, there was and still is the feeling that something was missing.

Here are five more words to sum up Vegas according to John Carter of Jack Lewis Jewelers:

“No Palumbo equals no fun.” 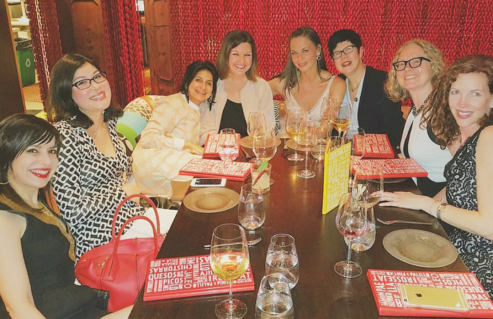 That’s not to say that I didn’t do my fair share of drinking during my plethora of visits to wineries across Italy, but come on, we all know that sipping a pour from a two-hundred-dollar bottle of Super Tuscan in the cellar of a 300-year-old winery doesn’t come with quite the same excitement stigma as slamming a shot of whiskey you accepted from someone you may or may not have known, at 4:00 a.m. in the middle of Eye Candy’s dance floor while sweating through your Spanx, now does it? And while both are experiences that – combined – will eventually make up the story of my life (as written by a yet-to-be-discovered, best-selling murder-mystery novelist… you’ll see), it is times like the latter situation that make for the most interesting stories in the end.

Here – in no particular order – are some of the events and occurrences that either happened during past Jewelry Weeks, or that may have happened at this one, which made my missing out all the more difficult:

Here’s hoping that those of you I haven’t spoken with who did attend Jewelry Week this year had a wonderfully successful show, in whatever way that means and whichever way that occurred.

Let’s hear it for cautious optimism.

Let’s hear it for forging ahead.

Let’s hear it for watches and jewelry.

Let’s hear it… for Las Vegas.

6 thoughts on “A Year Without Vegas: Reports, Rumors, and Rumblings heard from Jewelry Week 2017”