For a while now I had toyed around with the idea of creating a category specifically for non-jewelry related topics. When my husband came home from work yesterday – distraught after a day of reading headlines, watching videos, and listening to podcasts about the mass shooting in Orlando this weekend – and said to me, “I need to write. I don’t know what else to do. I have to write.” I knew the time had come.

The story below is one man’s story. One man, who was born and raised in the city on everyone’s mind today. One man who danced on sweaty nightclub floors next his multitude of friends – gay and straight alike – who is wounded, sickened, and torn apart by the events that took forty-nine innocent lives at Pulse.

The only thing I was able to do for him to help heal his pain was give him a platform. I ask that you read it, and share it, and feel today that you, too, are Orlando.

Circle Number 1 is where so much of it begins for me. As a matter of fact, it is where it all began for me. You see, I was born there right on Circle Number 1, way back in the mid-60’s. As was my sister. What is now Orlando Regional Medical Center was once known simply as Orange Memorial Hospital. Of course it was called that, right? There are fewer orange trees in the City limits 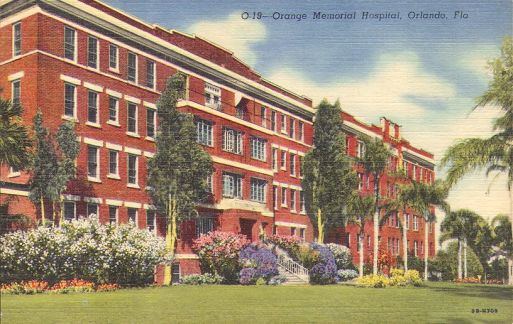 today, now mostly limited to someone’s vanity orange tree (or tangerine, tangelo, or kumquat tree – if you’re from my hometown, you know what I’m talking about), in their backyard. Maybe it doesn’t even give fruit that you’d want to eat, because you haven’t really taken care of it, but my, it certainly looks pretty through the kitchen window, doesn’t it? My hometown was a lot different then, although in many ways I still recognize it every time I return to visit.

Circle Number 1 is where most of the victims of this weekend’s shootings were taken for treatment. And it is where some of them, if we are to believe the reports of the conditions of several of the wounded, will die. They will die where I was born. They will take their last breath where I took my first.

Circle Number 2 is where my mother went to elementary school, when it was called Delaney Elementary. It’s now the Beardall Senior Center,

and this is where the families of the victims were taken yesterday to be cared for while they waited on word on the fate of their friends, loved ones, children, lovers, sisters, brothers, and coworkers. I try to imagine what it must be like for them to sit in a building that is nearly 100 years old – that oozes the perfume of the breath of so many children who were taught how to read, and write, and listen, and love – and have to simply wait…

Circle Number 3 is where my mother went to Junior High School (back before we had invented middle school, at least in the South). Good old Cherokee Junior High. They closed this one down too – we used to joke that my mother had a real knack for forcing the closure of fine institutions through the city – and it is

something else entirely now. It’s the farthest as the crow flies from the epicenter of the horror everyone is talking about, but when you are talking an extra half mile, it isn’t really that far at all.

Circle Number 3 closed down when I was in between 7th and 8th grades, and many of my good friends for the rest of my Junior High life then came to Howard Junior High, joining me as we figured out organized sports, pizza parties, and kissing girls. Howard was a magnificent building, originally Orlando High School, and far too grand for the likes of us 12-year-olds roaming its corridors. I was now connected to the kids from that part of town. Of course, what seemed like a million miles of distance between our neighborhood and theirs was really just an illusion. The highway that bisected the neighborhoods only made us feel like we were far removed from one another; on a map we were just a mile away.

Circle Number 4 was where my mother graduated from high school. If not for the intentional gerrymandering of the school

boundaries by the wealthy folks south of the expressway around the time I was in junior high, I would have graduated from there too. But the area I lived in had the “projects.” Laughable to use that term because if you picture the projects in your head you don’t picture these projects. The projects in Orlando were, well, kind of like most other things in Orlando: a bit whiter than average, a bit cleaner than expected, and just not quite gritty enough to be called projects. But alas, when “those kids” were swept out of Boone’s district, I floated away right along with them. It never really bothered me, beyond missing out on the opportunity to graduate from the same school as my mother. Life is made more interesting by those simple coincidences. I ended up at Boone’s biggest rival in town, so things did stay pretty interesting after all.

Circle Number 5 is where my mom lived growing up. There was no bridge across Lake Lucerne back in 19xx (she’d be quite upset if I 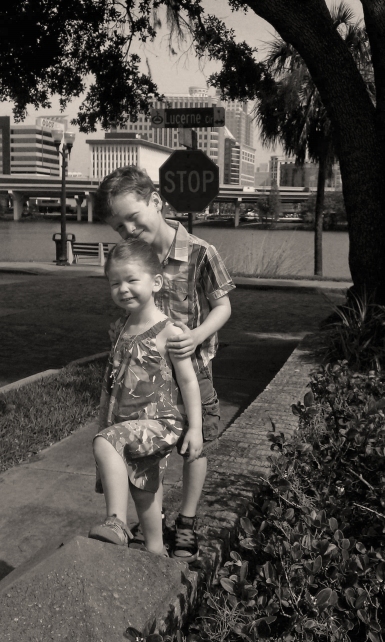 told her age), and no high-rises to the north. Where the grand old house she called home once stood is now a parking lot. At some point decades ago that house came down for something else – an office building, I think – and they just never got around to putting something back up. You can still see the walls that surrounded the yard if you look closely. Which I do every time I go home. I always chuckle when I think about the people who park there and wonder “Why the hell would someone build this ugly old parking lot and then take the time to build these beautiful and sturdy brick walls around it as decoration?” “Because they weren’t decoration, because they were there for a reason.” That’s always what I imagine I’d say to them.

Circle Number 5 is where my mother learned to love everyone. It’s where she was taught to teach everyone with respect, no matter their skin color, or religion, and – I like to believe, anyway – where she learned subconsciously that the orientation of ones sexuality was another characteristic to be added to the list of inconsequential things. It’s largely why I feel the way I do about everyone who is different than I, and especially those who I know struggle with feeling different than all others.

And we end up at Circle 1 again. Where it all began, all those years ago. My grandmother was in the first graduating nursing class of Orange Memorial in the late 1930’s. Her picture hangs on the wall in the basement, right there for anyone to see who might pass by, or wonder what nurses looked like way back then, or who accidentally hit the wrong button on the elevator. I tell people I’m “Old” Orlando, and inside the walls of this hospital hangs the proof.

I believe that if my grandmother were alive and working this weekend, she would have rolled up her sleeves and tended to the injured, and stayed as long as it took to give comfort to the fallen, and shown them that they were loved, and cared about, and in good hands. That they were valuable in her eyes and that she would see to it that they were given all the care that all of us deserve. No matter what color, or age, or religion. No matter what side of the interstate you happened to live on. No matter how much money you had or whether you had even enough money in your tattered wallet to pay for the bandages she held against your injuries. No matter who you loved.

I look at the map at the top of this page, and I see my mother’s lifetime within these Circles. Birth, school, work, kids, and beyond. I think of all the memories that were made inside these few square miles of Orlando real estate. And I am in awe of how far her journey took her, and how her journey helped me start my own, right here way back all those years ago.

I hurt for the people whose stories ended inside this circle. I hurt for my mother’s memories, darkened by the senseless act of a madman, a criminal, a tormented human with no thought for others; with no compassion for the Circles he broke this weekend. I hurt for my own innocent memories of what growing up in Orlando meant to me, and I am as confused as any other as to what can be done about it, what can be done to fix such a wound in the geometry of my life. And the lives of all others. But I’ll go on, like we all must, and like we may always have to. And in the meantime…